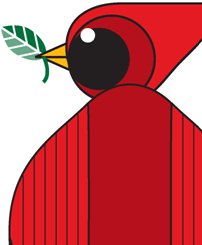 This is a UofL Sustainability Week event! Join us for more tree planting Saturday and the rest of the Week:

A full week of events to celebrate, raise awareness, and engage your passions for environmental, social & economic justice! The week will include:

Support UofL’s Sustainability Initiatives here!
Tuesday, Oct. 20th 6:02pm – Wednesday, Oct. 21st 11:59pm
A lot has changed in 200 years—our commitment hasn’t. Since 1798, the Cardinal family has dreamed big, worked hard and made a lasting impact on our community, commonwealth, and beyond.

Beginning at 6:02 p.m. on Oct. 20th, for 1,798 minutes, Cardinals everywhere will come together to celebrate who we are and Raise Some L. This is a Cardinal call to action to all students, alumni, faculty, staff, and fans to do two simple things:

Your donations can help us realize this vision by supporting initiatives such as:

We invite you to learn more about our on-going UofL sustainability initiatives and to explore the many ways you can get involved and help us create a better world right here, right now.

UofL ranked Coolest in the Commonwealth by Sierra Club

Sierra magazine has again ranked UofL in the Top 100 “Coolest Schools” (out of a record large pool of 312 colleges & universities surveyed this year) with a score of 65.79 in the 2020 Cool Schools rankings.

In this year’s rankings, the University of Louisville also maintained its esteemed status as the Coolest in the Commonwealth! Four other Kentucky schools made the 2020 list:

The increased participation knocked UofL down a few notches from #84 last year to #97 in 2020.

These rankings are primarily based upon a school’s score in STARS, the Sustainability Tracking, Assessment & Rating System, which is administered by the Association for the Advancement of Sustainability in Higher Education (AASHE). On Earth Day 2019, UofL officially earned a STARS Gold rating (66.24%). This was the fourth STARS report we submitted since 2011 and we have increased our score each time.

Dr. Justin Mog, UofL’s Assistant to the Provost for Sustainability Initiatives, was filled with Cardinal Pride to learn that the university remains the Coolest in the Commonwealth. According to Dr. Mog, “This ranking verifies that we have much to be proud of as we reflect on UofL’s progress in integrating environmental, social, and economic stewardship into everything we do – from academics and research to operations, administration, and engagement. It also confirms that we have room to grow when it comes to addressing the climate crisis. The Sustainability Council is eager to work with anyone in the Cardinal Community – students, faculty, staff, alumni, and friends – who wants to help us make UofL even ‘cooler’.”

Team UofL pedaled strong from May through September for fossil fuel-free fitness, fun, and frolicking (i.e. transportation) in the 2020 National Bike Challenge.

As we rode across the finish line on September 30th, UofL staff, faculty, and students accumulated a total of 24,840 miles on 1,871 rides, with 478 bike commutes of 3,241 miles preventing 2,083 pounds of carbon pollution! This is equivalent to the amount of carbon released by burning 106 gallons of gas; or the amount of carbon sequestered by 1.2 acres of U.S. forests in one year!

The UofL Sustainability Council & Get Healthy Now congratulate our top riders who all started strong in May and continued pedaling at a great pace throughout the Challenge:

Team UofL’s 2020 Champion is Kamila Bujko, a Visiting Scholar at the Cancer Center. She pedaled the most miles (4,326) over the second most bike rides (192) and the 4th most bike commutes (27 commutes for 210 miles). From May through September, Kamila burned 160,065 calories while biking and kept 135 lbs of carbon pollution out of the atmosphere! Kamila will be awarded the grand prize of a $400 voucher to a local bike shop!

We congratulate everyone who joined in the fun, fitness, and clean commuting in 2020 and hope you’ve adopted some healthy new habits to carry forward into 2021! Everyone is invited to join us again in May 2021. Register for the National Bike Challenge. Join Team UofL in the Challenge.

Check out our online resources for UofL Bicyclists – with handy maps, videos, and tips for getting around town care-free and car-free!

Would you behave differently if we finally put a price on carbon? This week’s Sustainability Now! program hosted by Justin Mog explores the issue with UofL alumni and economics professor, Tom Lambert! Listen now.

Professor Lambert will be giving a talk on “Incentivizing Sustainability Through Carbon Fees,” sponsored by the Louisville chapter of Citizens’ Climate Lobby via ZOOM on Monday, September 14th at 7PM. Register for the talk at incentivizingsustainability.eventbrite.com

More info about CCL and the bill H.R. 763 the Energy Innovation and Carbon Dividend Act, is at citizensclimatelobby.org. You can find Citizens’ Climate Lobby Louisville on Facebook.

As always, our feature is followed by your community action calendar for the week, so get your calendars out and get ready to take action for sustainability NOW!

Sustainability Now! airs on FORward Radio, 106.5fm, WFMP-LP Louisville, every Monday at 6pm and repeats Tuesdays at 12am and 10am. Find us at forwardradio.org

As we ride into the final month of the Challenge, UofL staff, faculty, and students have biked a total of 20,682 miles on 1537 rides, with 458 bike commutes of 3504 miles preventing 2,252lbs of carbon pollution!

The Sustainability Council & Get Healthy Now congratulate our top riders who continue to dominate: Kamila Bujko, Melissa Miller, Rachel Singel, Emily Coleman, Rochelel Holm, Tyler Ellis, and Justin Mog (who was among the top ten bike commuters in the nation in August, having pedaled a total of 350 miles over 26 days for transportation).

We are rewarding our most improved riders in August:

Join in the fun, fitness & clean commuting through September! Your miles and days cycled will qualify you for great prizes through Get Healthy Now, including the grand prize of a $400 voucher to a local bike shop, co-sponsored by UofL’s Sustainability Council! Register for the National Bike Challenge. Join Team UofL in the Challenge.

Check out our online resources for UofL Bicyclists – with handy maps, videos, and tips for getting around town care-free and car-free!

Sustainability Roundtable kicks-off Friday 11am: Campus As A Living Lab

Learn more about sustainability as an investigatory lens at the Sustainability Council’s virtual Roundtables every other Friday at 11am. Students, faculty, staff, and the general public are all encouraged to attend! Each session highlights a different topic and disciplinary perspective, but there is always time set aside to meet others interested in sustainability and to explore possibilities for interdisciplinary collaboration.

The Sustainability Roundtable series kicks-off for the new year on Friday with UofL’s Sustainability Coordinator, Dr. Justin Mog, sharing opportunities to use UofL as a living lab of sustainability and his vision of students, faculty & staff collaborating to reshape campus around equity & ecological integrity.

Aug. 28 – Justin Mog, PhD (Asst. to the Provost for Sustainability Initiatives, UofL) Envisioning UofL as a Living Laboratory of Sustainability

Everyone is invited to share your research (at any stage) into environmental, social & economic justice at future Roundtables. Contact: Tamara Sluss, tamara.sluss@louisville.edu.

On this week’s Sustainability Now!, your host, Justin Mog (UofL’s Assistant to the Provost for Sustainability Initiatives), gets his hands dirty with LeTicia Marshall.

LeTicia is a native Kentuckian, a Mom, a UofL alum, owner of BearFruit & Grow, LLC, and the unstoppable force behind the BearFruit Gardening community YouTube channel & Facebook group. On July 31st, she released a video announcing that “it’s official, I am an urban farmer!” LeTicia is so passionate about urban farming and reclaiming our spaces to grow food because she has seen how it results in eating cleaner, healthier food, building community, and improving our mental health. On this week’s show, she tells us about her urban farm project and how you can support it! www.facebook.com/BearFruitGrowLLC

Get in touch with LeTicia at bearfruitgardening@gmail.com

LeTicia has built a lot of relationships in the community in the past month and during our conversation, she shares about their work in the community:
– 5th Element Farms aka Apocalyptic Acres in the West End www.facebook.com/5thElementFarms502
– Ag In the City www.facebook.com/AITCLou/
– Black Soil blacksoil.life
– Urban Ag Coalition foodinneighborhoods.org/grow
– Louisville Lots of Food www.louisvillelotsoffood.com/
– Louisville Community Grocery LouisvilleCommunityGrocery.com
– Black Market KY, establishing a grocery in the West End www.facebook.com/BlackMarketKY
– Victory Gardens Landscaping victorygardensofkentucky.com

As always, our feature is followed by your community action calendar for the week, so get your calendars out and get ready to take action for sustainability NOW!

Sustainability Now! airs on FORward Radio, 106.5fm, WFMP-LP Louisville, every Monday at 6pm and repeats Tuesdays at 12am and 10am. Find us at forwardradio.org UofL and the Louisville Water Company are collaborating again this year to educate students, faculty, staff, and the public on the value of getting back to the tap with events, guest lectures & water filling station signs.

Do you know where our drinking water comes from or the engineering behind it? Explore the political and global concerns around water, or dive into marketing issues. Louisville Water’s story of science, and public health brings real-world examples to the classroom, and they are always happy to provide staff for guest lectures or tours.

This Friday, August 28th at noon, the UofL Sustainability Council will kick off its monthly EcoReps Workshop series by highlighting the incredible work of our friends at LWC!

EcoReps Workshop: Louisville Water Company
Friday, Aug. 28th at Noon, Ekstrom Library room W210
Virtual & In-Person for up to 10 attendees (seats are first-come, first-served)
Join us for our monthly EcoReps workshops featuring locals making a difference in sustainability! Our guest speaker to kick off the new year will be Barbara Crow, a Strategic Communications Consultant for the Louisville Water Company. Barbara will share some of the many ways that Louisville’s award-winning, publicly-owned Water Company is advancing sustainability in the provision of safe, healthy tap water to the citizens of Louisville!
The Sustainability Council’s

program is designed to move students, faculty & staff beyond talk to action for a more sustainable UofL! We provide basic training & resources, service opportunities, and leadership positions as a point-person & peer-to-peer advocate for sustainability. This fall, we continue our series of in-person and virtual workshops each month on last Fridays at noon in Ekstrom Library room W210. All are welcome. More info on EcoReps website.